A Collection of Archival Works

The Board of Trustees

Before the Keystone State Normal School was founded, the Maxatawny Seminary stood in its place. The Seminary was then changed into the Normal School and needed a Board of Trustees to hel[p run it. Each year, a new board was to be elected by those who owned stock in the normal school. in 1866, they elected Lewis K. Hottenstein as president, David H. Hottenstein as secretary, and Dr. Charles A. Gerasch as treasurer.

During the founding of the Keystone State Normal School in February of 1866, stock (at a price of $100 a share) was sold in order to fund the expansion and construction of the new School. Over $18,000 was raised for the building of the K.S.N.S, which is equivalent to over $280,000 in today's currency. After months of construction, the K.S.N.S was officially recognized by the state on September 15th, 1866.

There was a second round of stocks being sold around the 1980s to fund the refurbishing and expansion of the existing buildings. Each wing of Old Main was renovated. Additionally, an extra floor was added onto each wing as well. A new East wing was built and, hardly a year later, the original ladies' dorm (that was attached behind Old Main) was torn down in order to build a new five-story "main building". 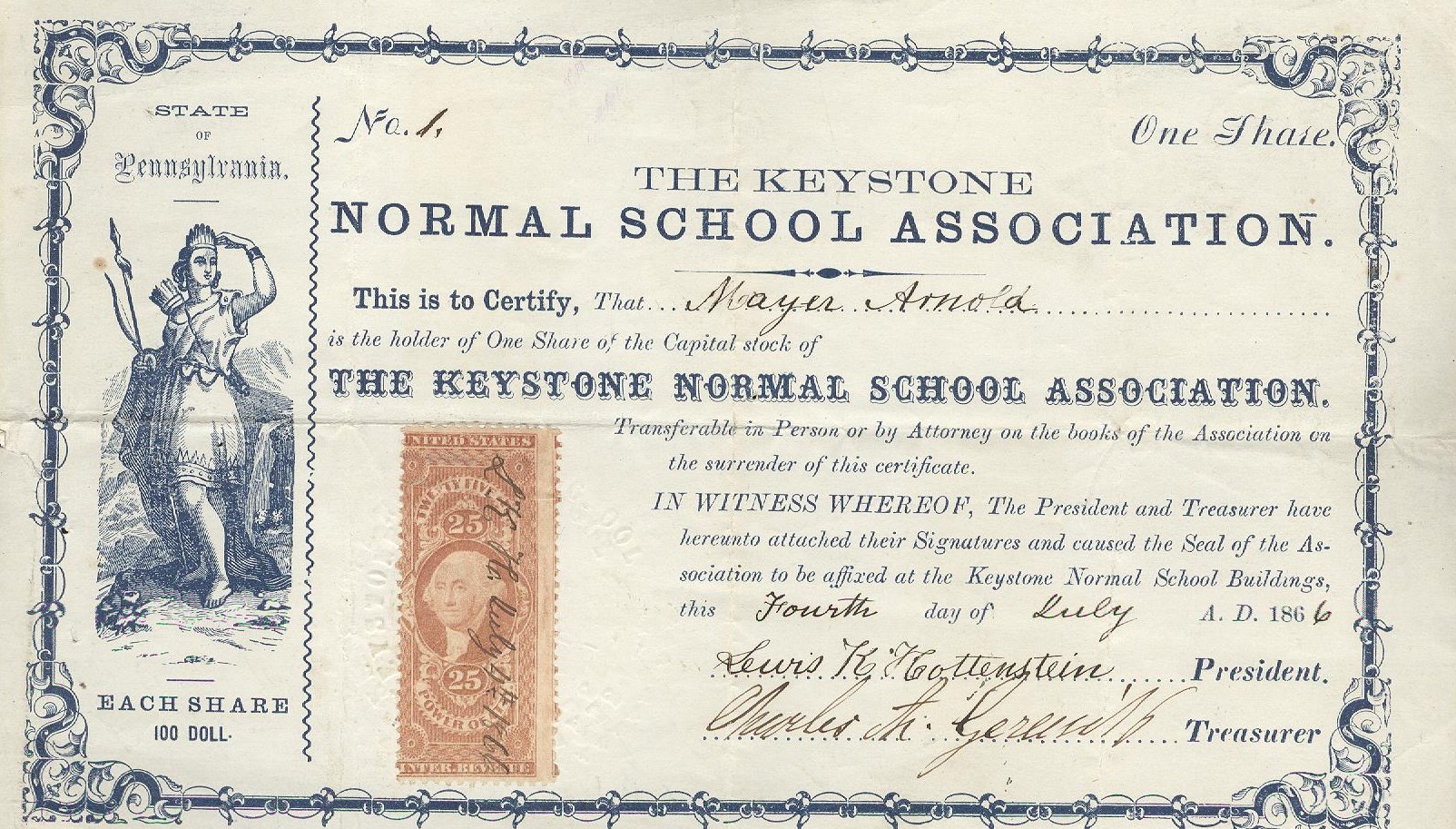 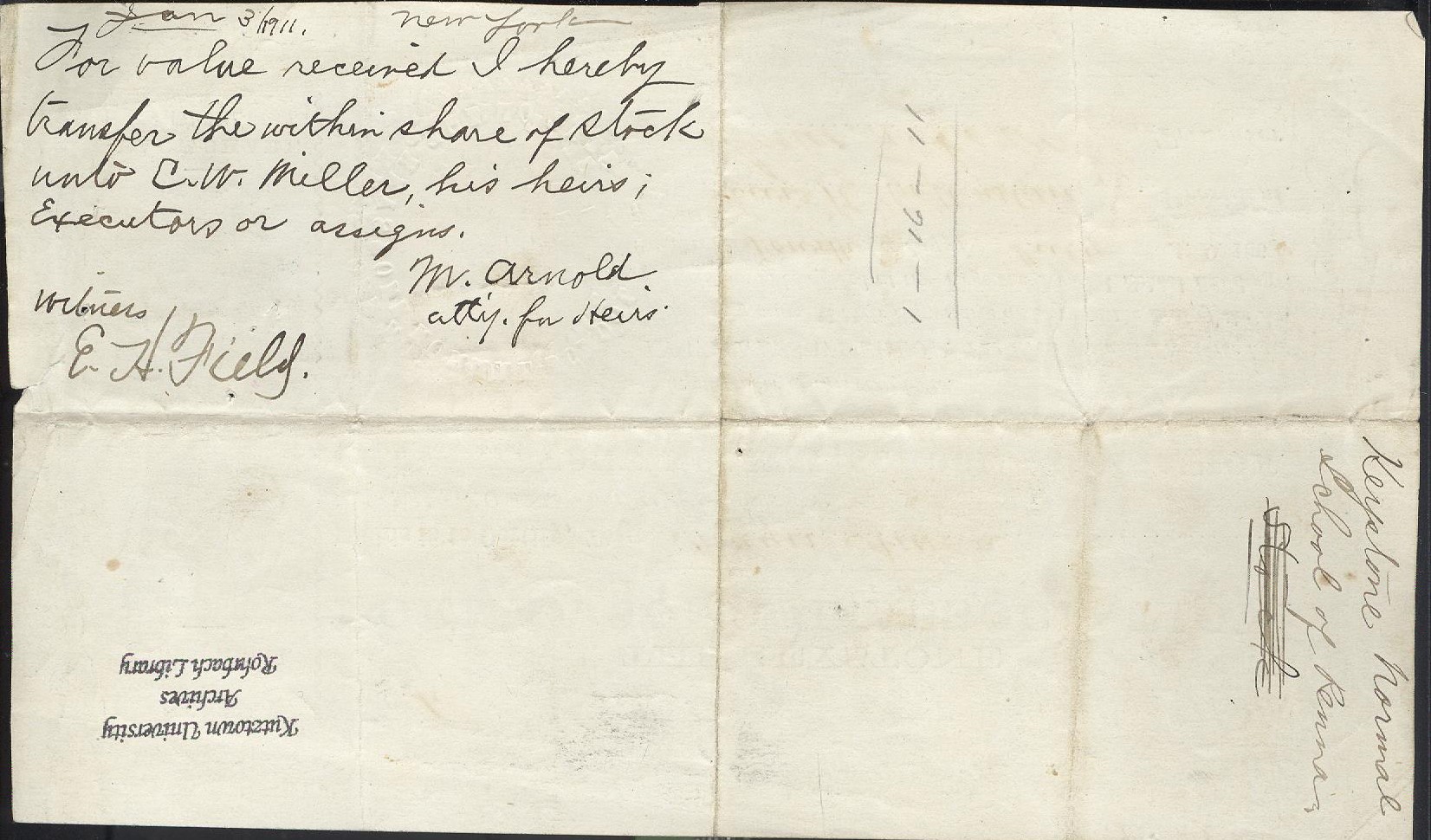 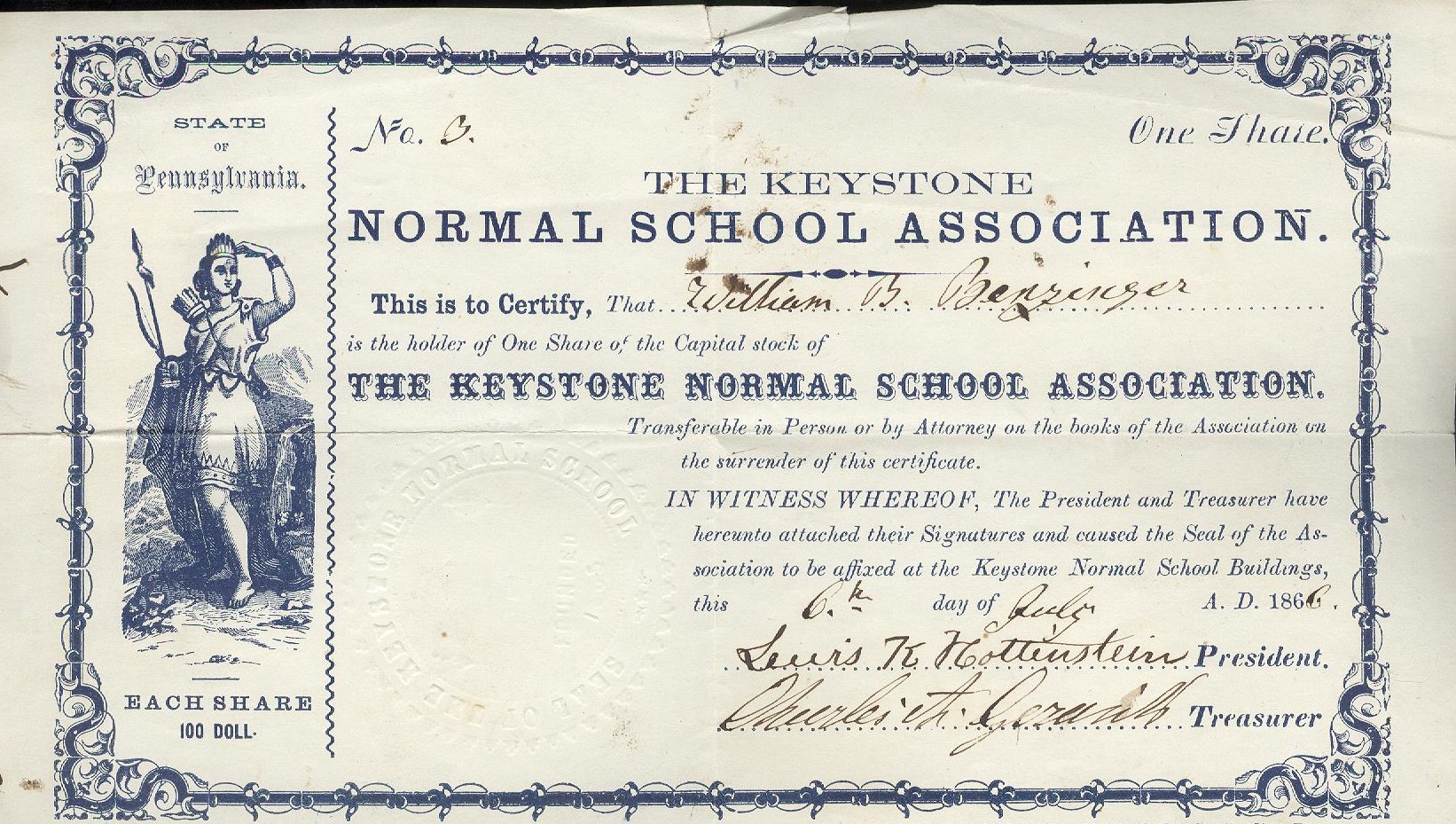 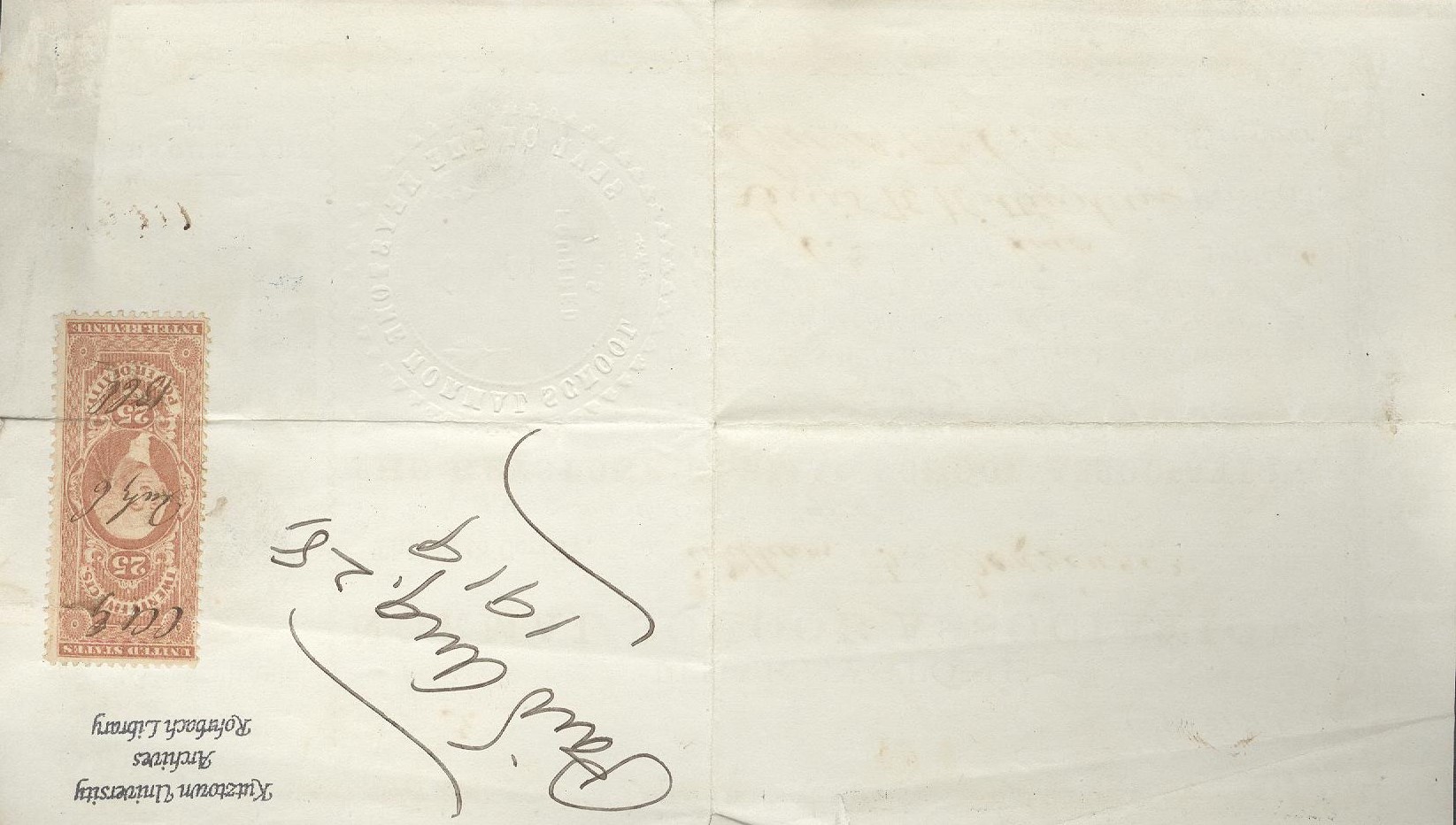 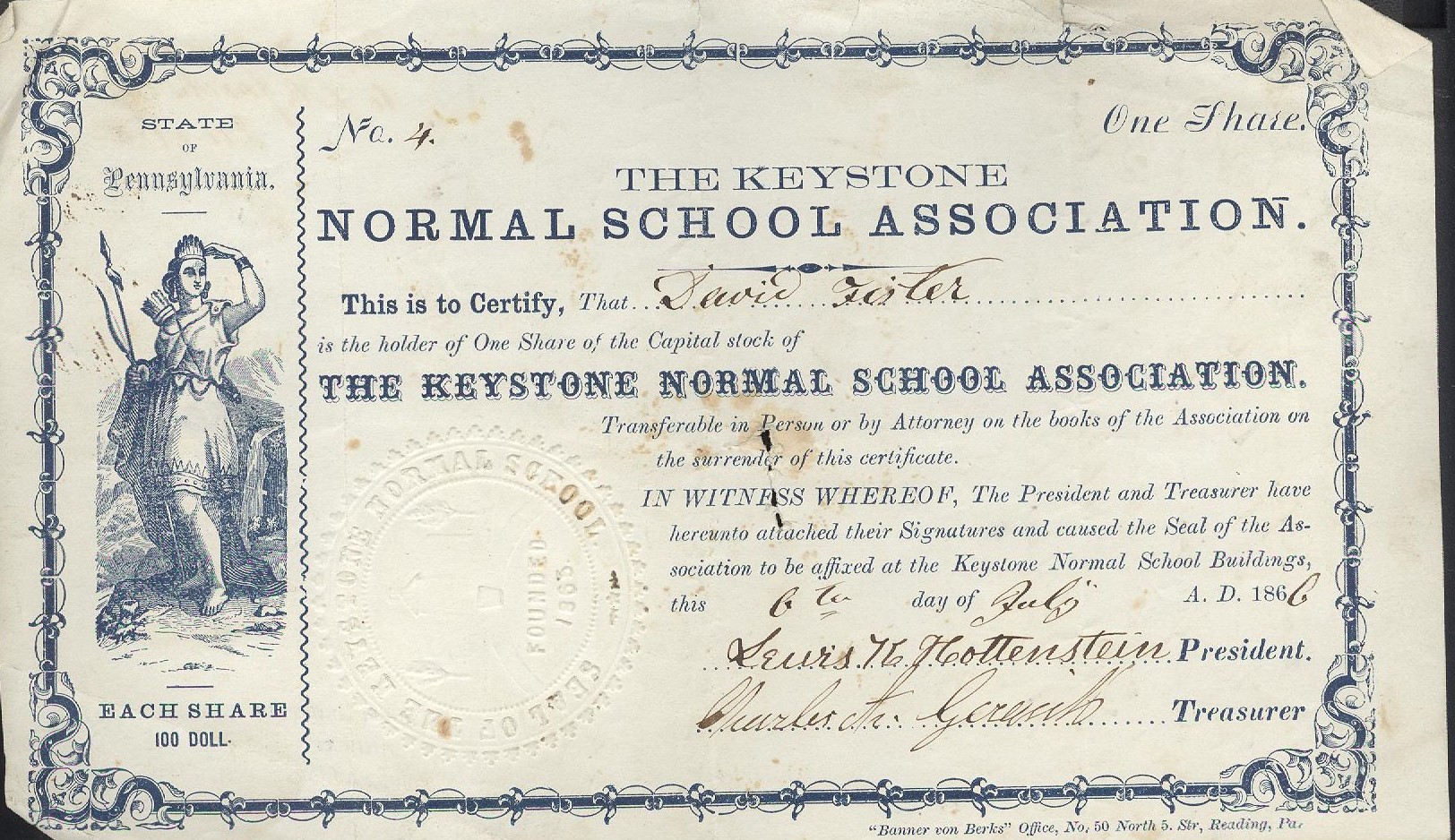 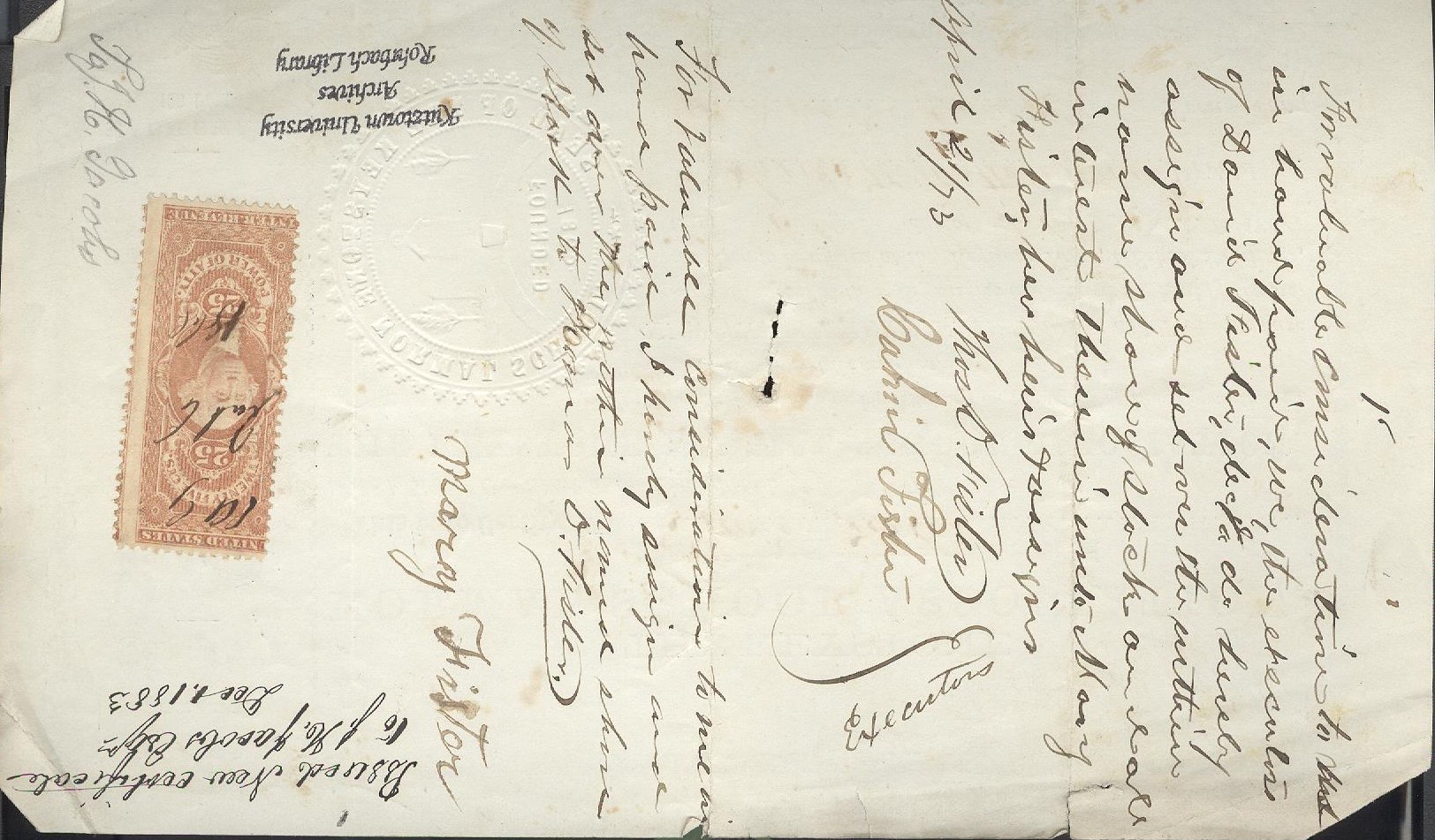 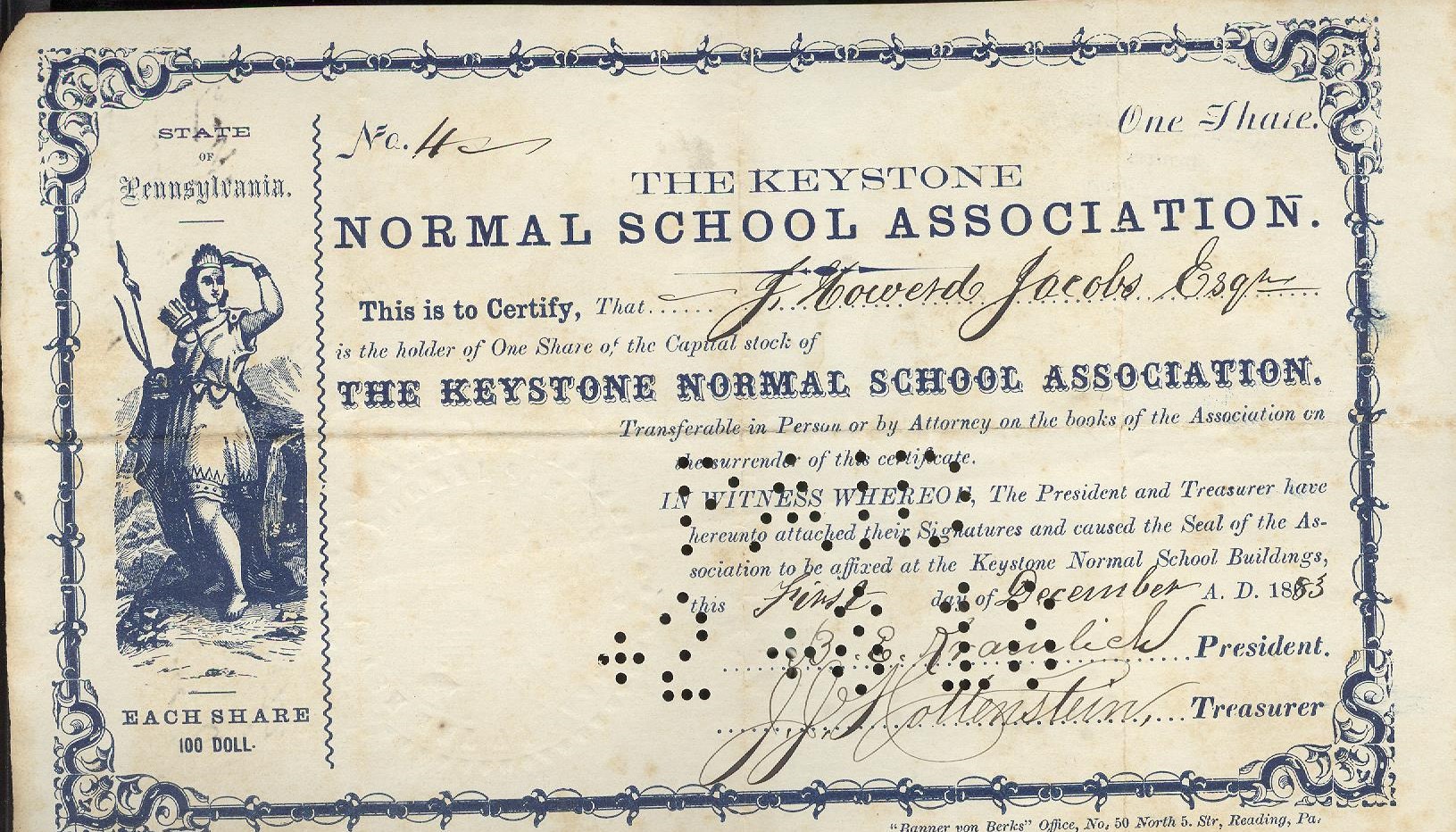 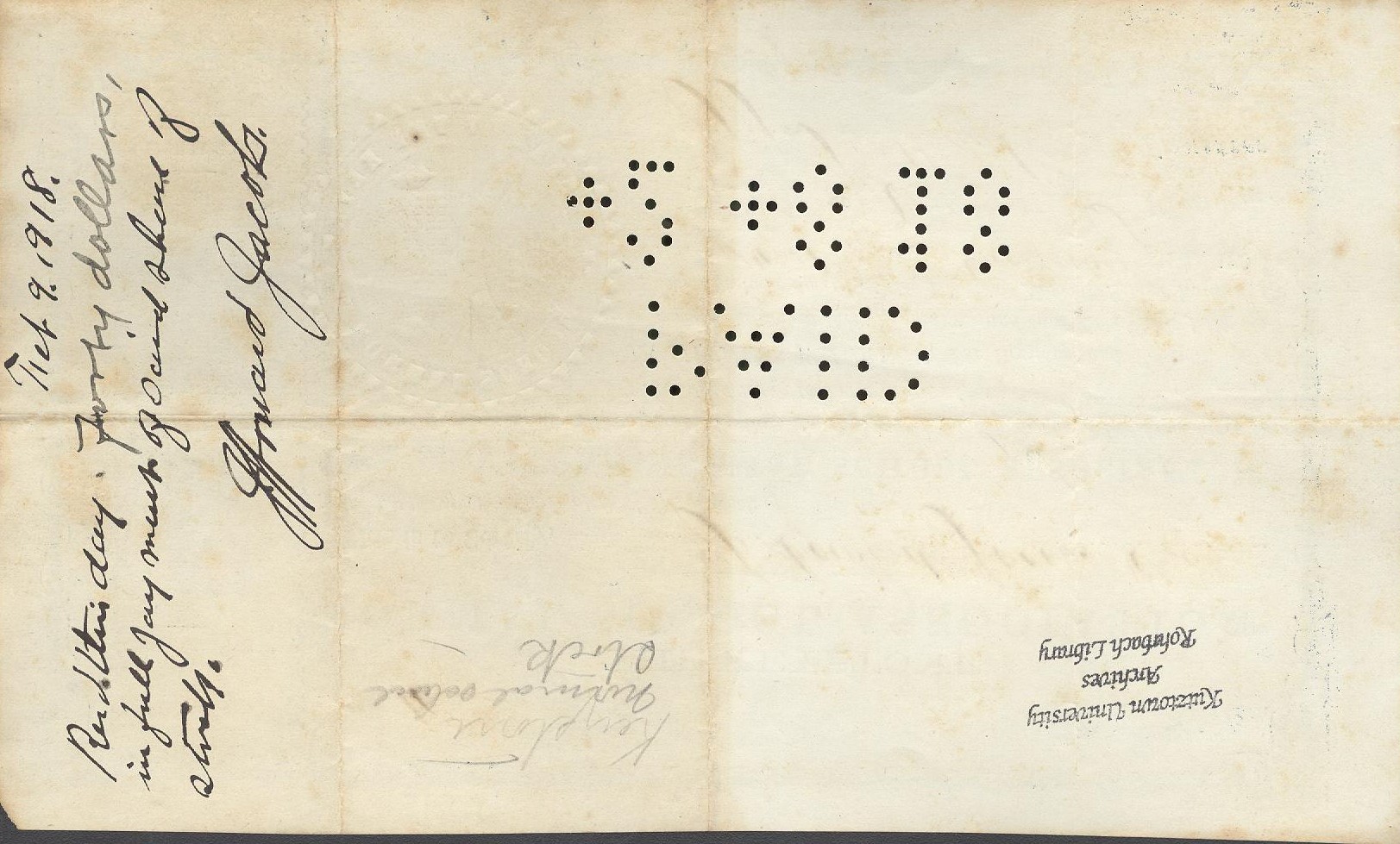 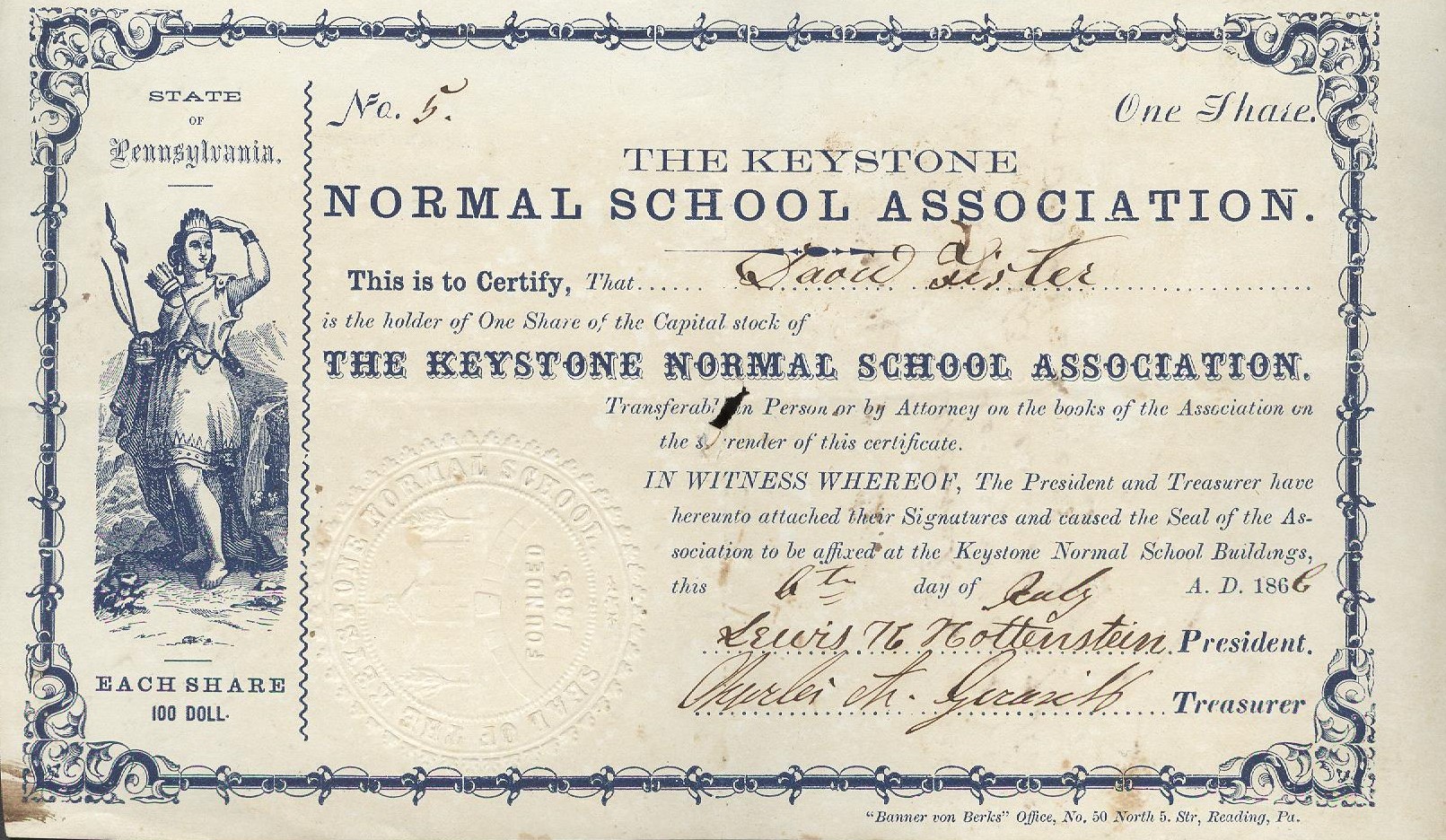 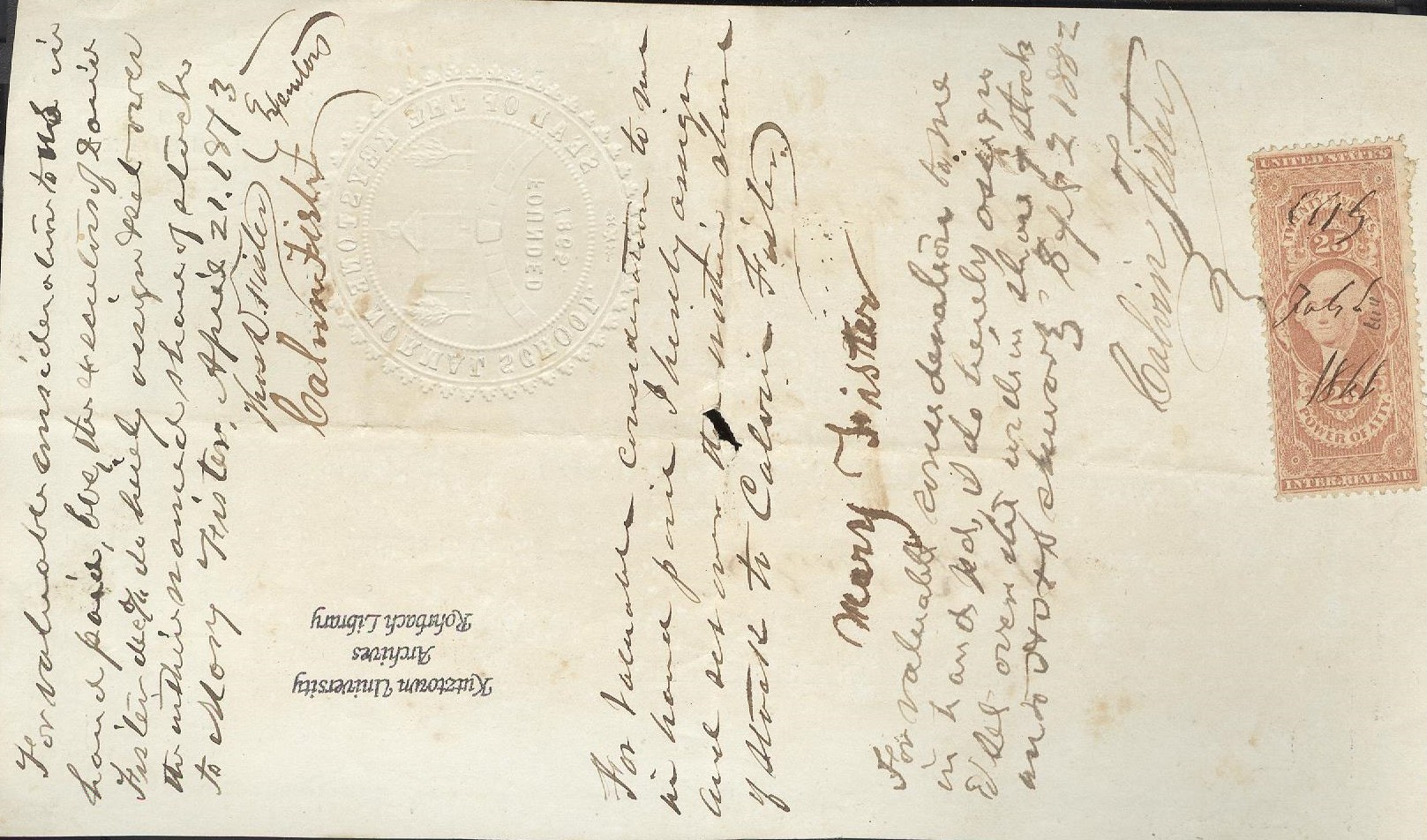 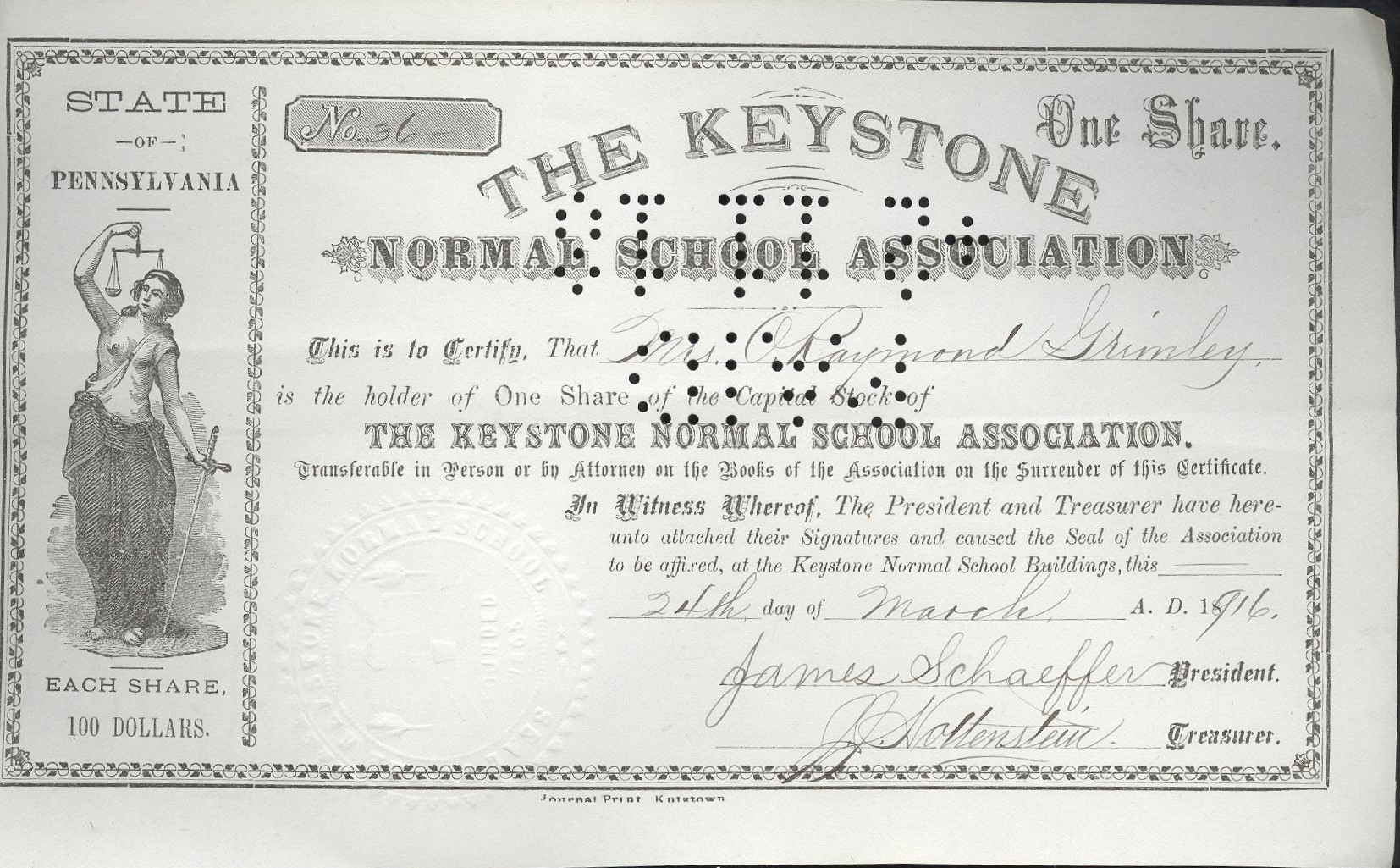 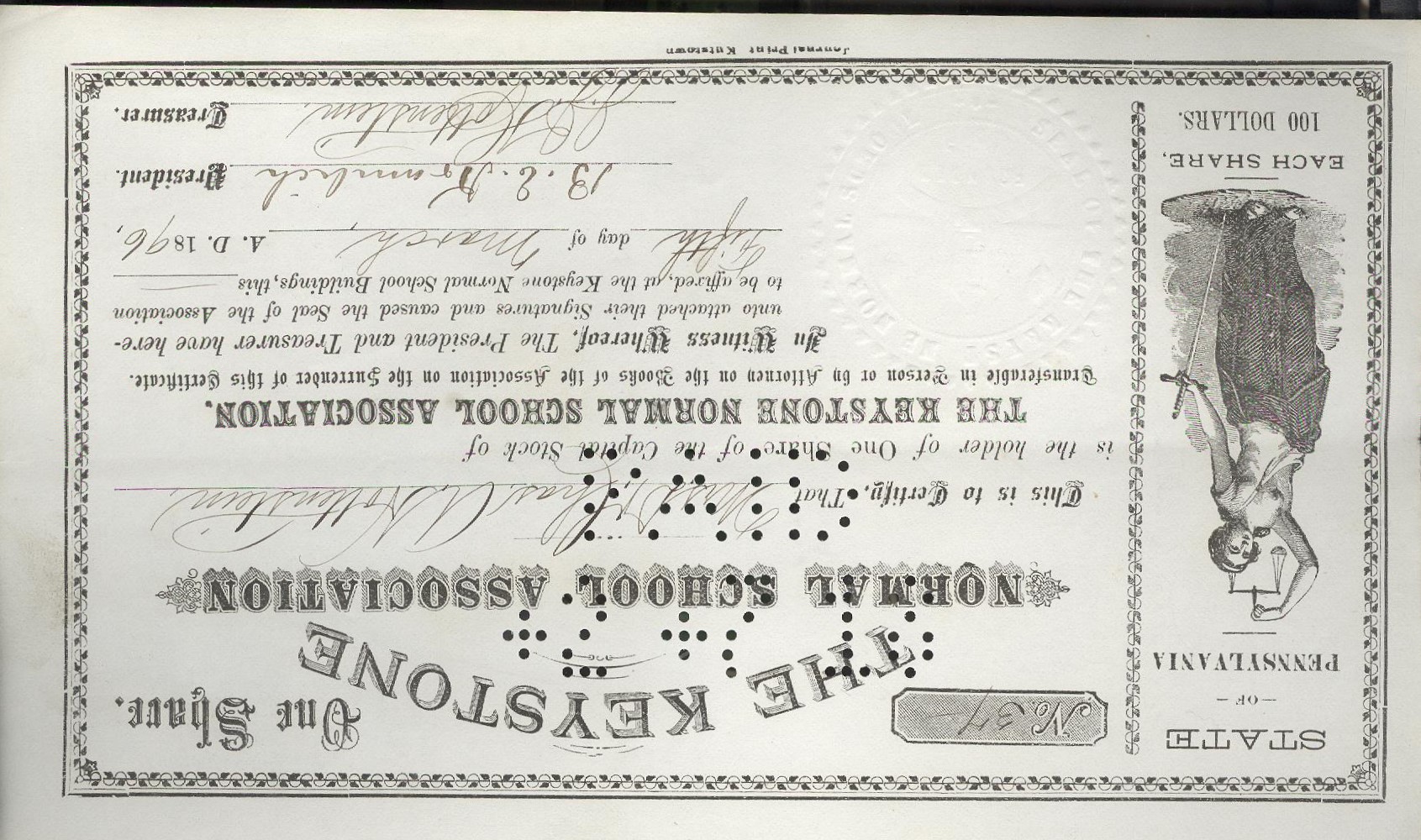 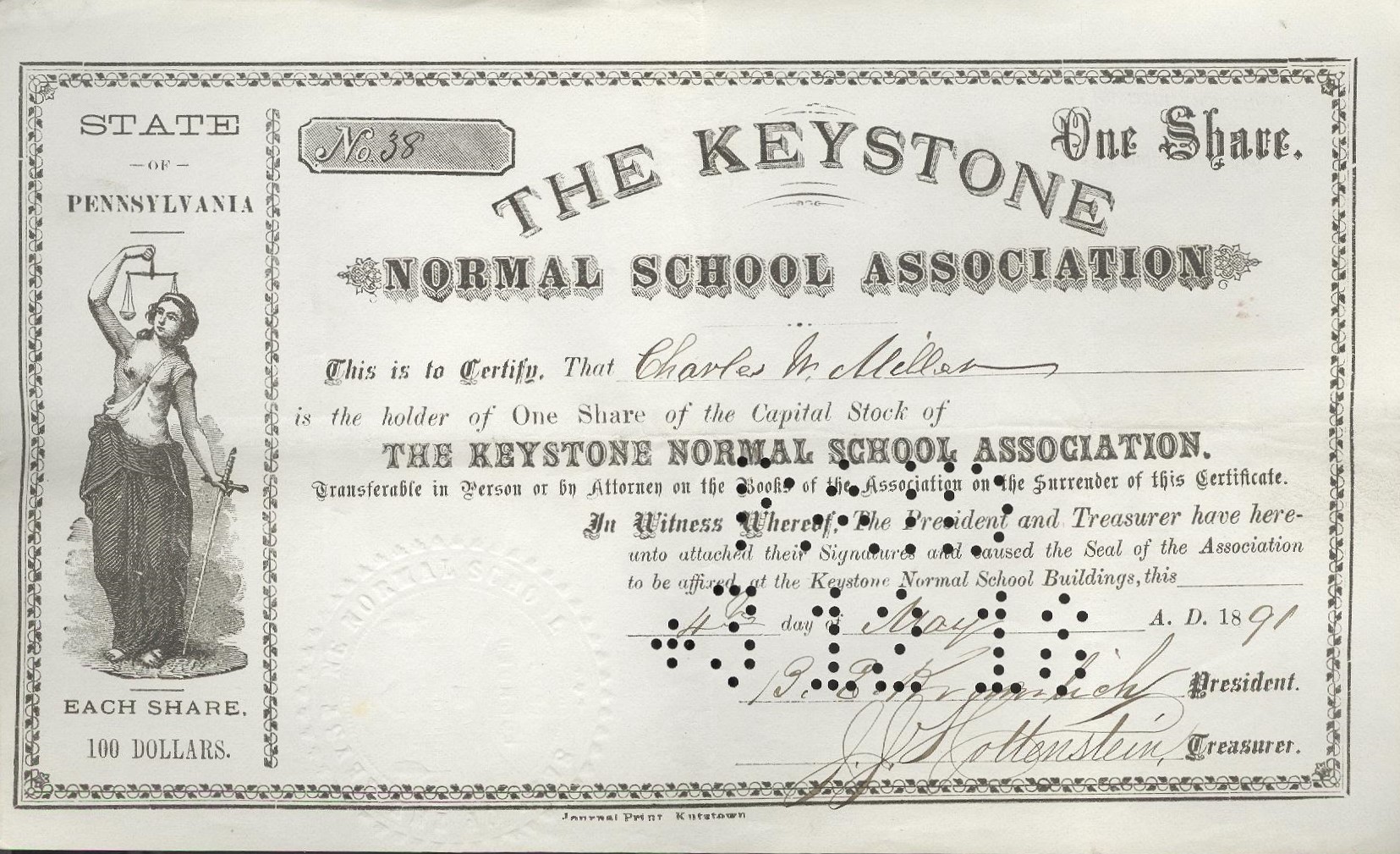 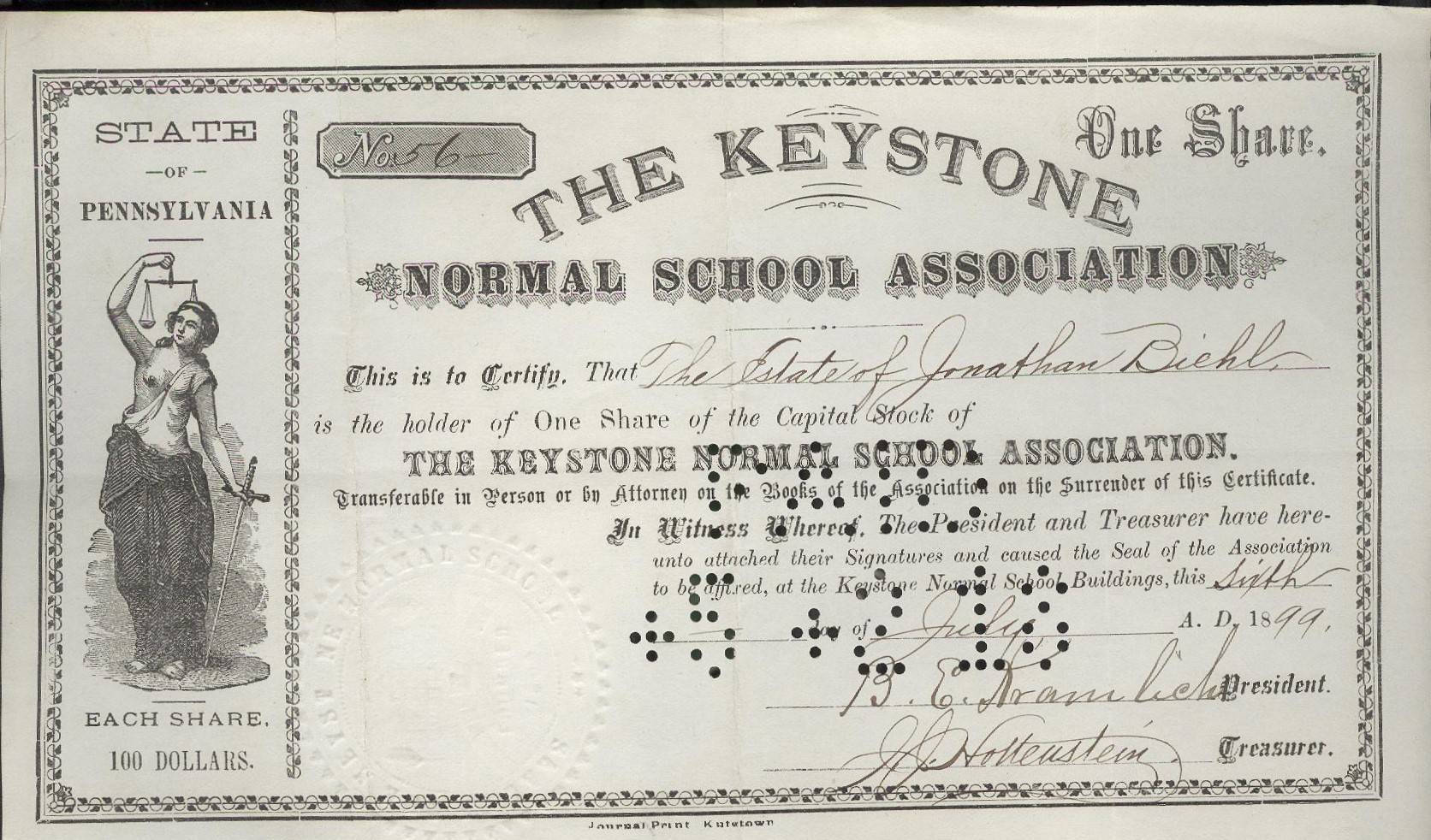 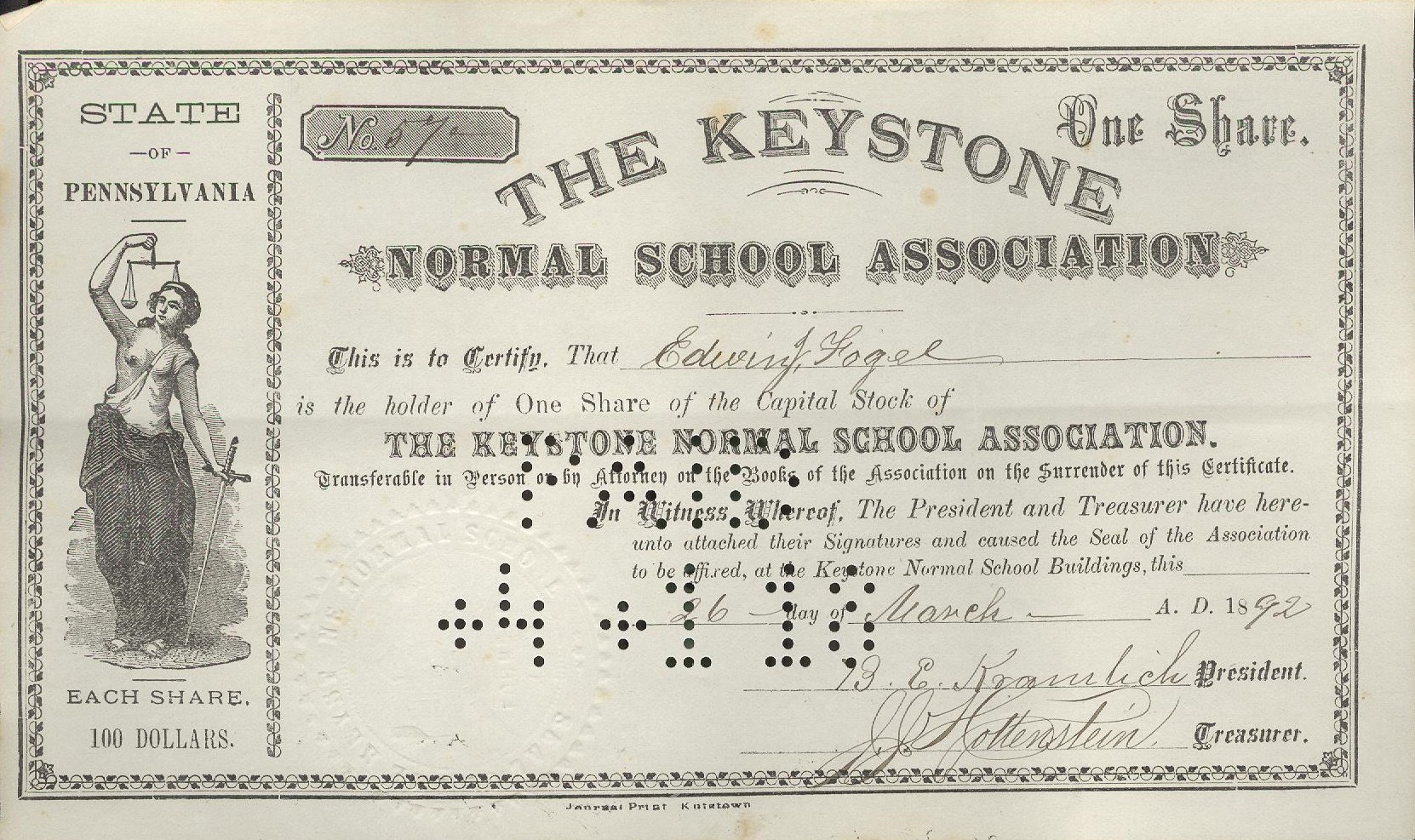